Step 5b: Siding the Cabin with Reclaimed Plywood

As night-time came closer me and my friend Mike tried to put up as much reclaimed plywood on the sides of the house as possible. 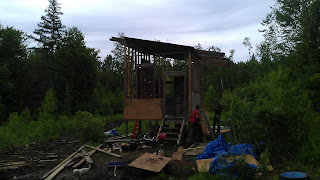 For time sake, I left the beems on the room overhang and decided to cut them off later.  Tools were scarce and I only had a week to get done as much as possible before I had to go back to my day-2-day job in Connecticut as a business plans writer. Even though I can pretty much work from anywhere, my fiancé was back home. 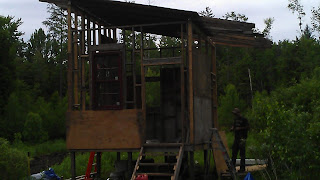 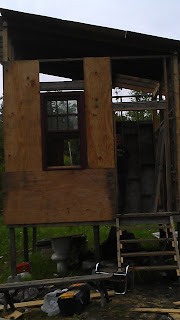 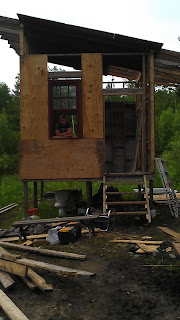 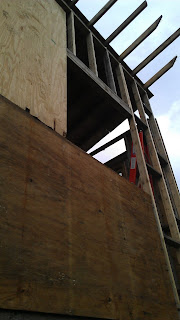 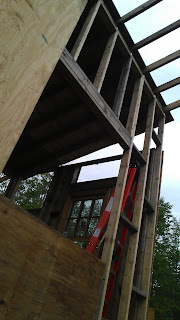 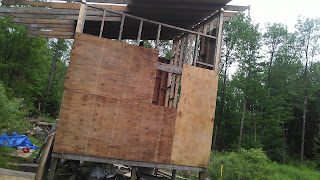 Because we did not have access to a saw we overlapped a lot of the plywood over the windows and decided to cut the extra wood out later..

We will be back shortly to keep building....